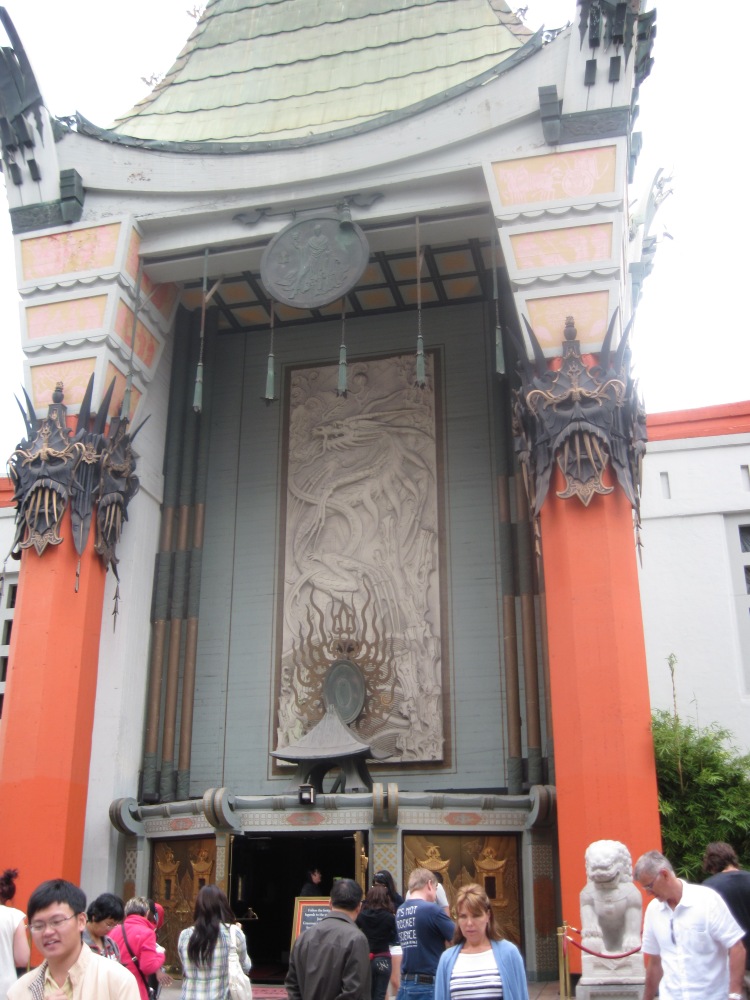 According to the website, tclchinesetheatres.com, the former Grauman’s Chinese Theater receives more than four million visitors each year. TCL is the China-based company that bought naming rights for the theater over six years ago. This is not the first name-change for Grauman’s. Also once known as Mann’s Chinese Theater from 1973 to 2013, it was built in 1926 by Sidney Patrick Grauman.

Sid Grauman also built the famous Egyptian Theater on Hollywood Boulevard. The Egyptian  cost $800,000 to build and took 18 months to construct. Architects Meyer & Holler designed the building, and it was built by The Milwaukee Building Company. The Egyptian was the venue for the first-ever Hollywood premiere, Robin Hood, starring Douglas Fairbanks, on Wednesday, October 18, 1922.

Both structures represent the dawn of tourism as a major industry for Hollywood, an unincorporated village of Los Angeles, California. According to the tourism website DiscoverLosAngeles.com, over fifty million visitors came to L.A. in 2018, a record number that represents an increase of one and half million individuals (or a 3.1 percent increase.) The number fifty million was a goal set by L.A.’s mayor Garcetti that was met two years earlier than hoped.