Yesterday I was enjoying a cup of coffee with a friend in a garden of a church in Eastport, Annapolis (Saint Luke’s Episcopal). A large group of birds were raising a ruckus. I realized that a hawk was on an upper branch of a tree and the other birds, robins, black birds and blue birds had banded together to drive the predator off of their territory. It was an amazing sight.

I’m not positive, but I believe it was a red-tailed hawk. It fled the scene only to return a few minutes later. The melodrama was played out two more times in one hour. The third bout of hostilities was still ongoing as we left the garden. 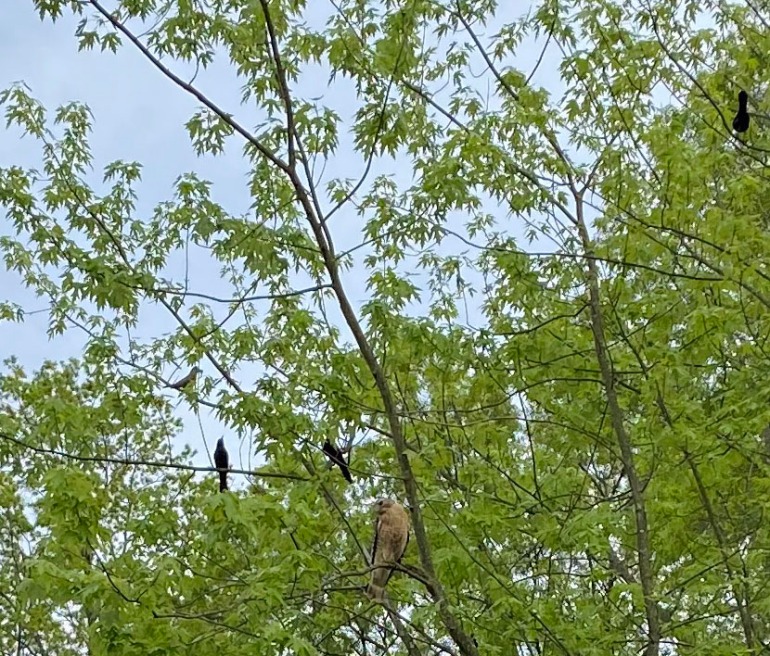